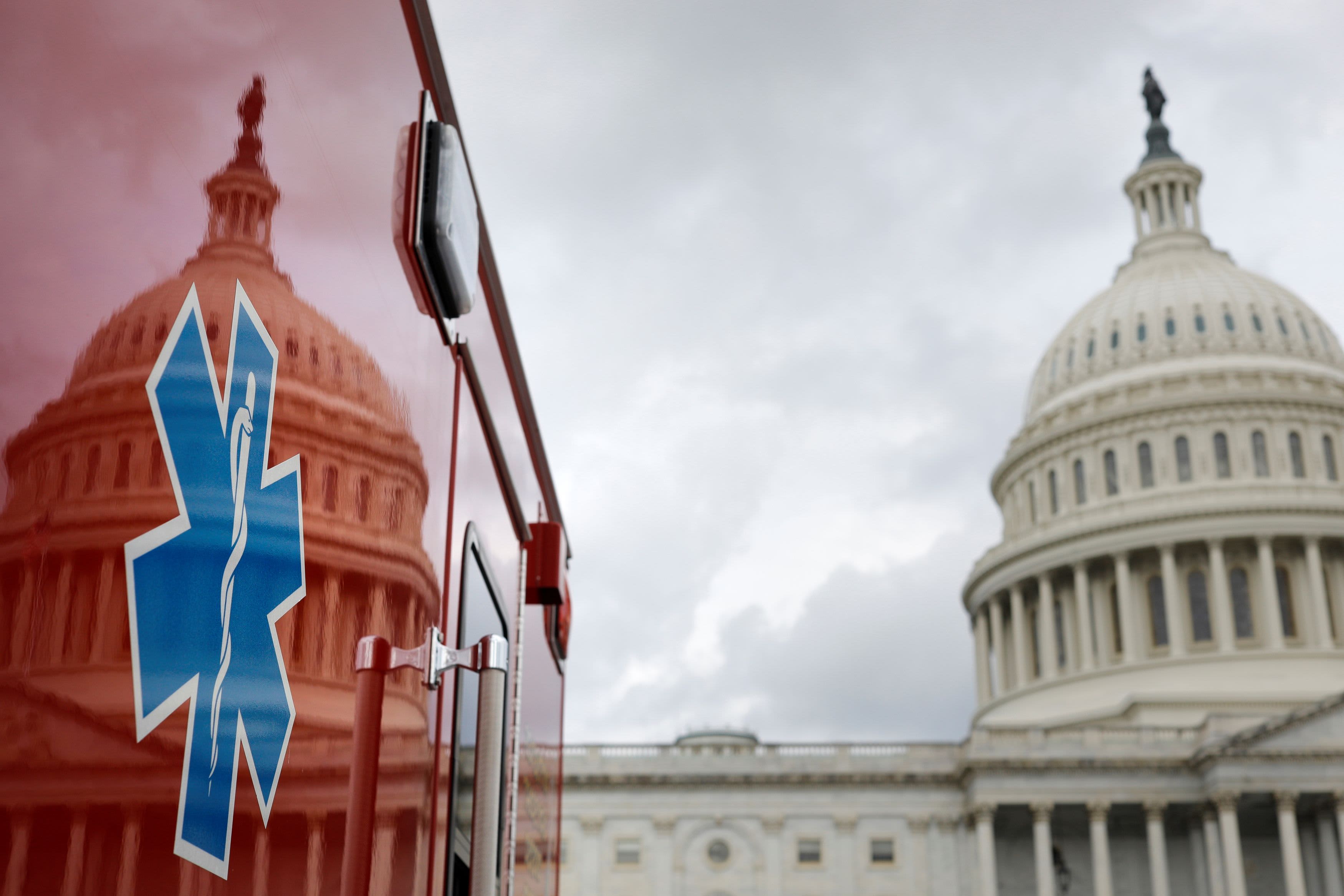 The U.S. Capitol Building is reflected against an ambulance along the East Front on Capitol Hill in Washington, U.S., July 16, 2020.

While negotiations over the next coronavirus stimulus bill have carried on for months, there has been one certainty: Democrats, Republicans and President Donald Trump have all backed sending out a second round of $1,200 stimulus checks.

But now it’s not certain those payments will go out after all.

Senate Republicans plan to vote on a new targeted $500 billion bill as early as this week. Their plan includes additional aid for small businesses and would provide $300 per week in enhanced unemployment insurance benefits.

However, another round of stimulus checks, which would cost at least $300 billion, are not in the proposal.

It is unclear whether the bill would have enough support in either the Senate or the House of Representatives.

Some observers say it’s an indication that the stalemate in Washington could continue.

“At least today, I’m not getting good vibrations about any kind of agreement until after the election,” said Bill Hoagland, senior vice president at the Bipartisan Policy Center and a former Senate staff member.

“Unless something were to break, and pressure really builds, it’s going to be extremely difficult to find a package,” Hoagland said.

What could push lawmakers to act

Carlos Ponce joins others at a July 16 demonstration in Miami Springs, Florida, asking senators to support the continuation of unemployment benefits.

The one area where Congress could be forced to act is money for extended unemployment insurance, Hoagland said.

Right now, enhanced federal unemployment benefits have continued, although in smaller amounts, due to an executive order signed by President Trump last month.

While most states have agreed to offer the enhanced benefits, the money for those payments ultimately comes from the Federal Emergency Management Agency. But the approximately $44 billion in funding that the agency has available is running dry, Hoagland said, as it is also used for wildfires and hurricanes hitting certain parts of the U.S.

“If the FEMA money is gone, you’re going to cut off even the $300 that’s being made available now,” Hoagland said. “That may be the only spark I see that would energize both Republicans and Democrats to do something, maybe before the end of the month.”

Lawmakers ceded one key area of leverage last week when both parties agreed on a continuing resolution to fund the government into the new fiscal year, which begins on Oct. 1, Hoagland said.

Now that the two efforts are not paired, politicians no longer have an incentive to come up with an agreement on stimulus aid.

U.S. President Donald Trump’s name appears on the coronavirus economic assistance checks that were sent to citizens across the country April 29, 2020 in Washington, DC.

Many polls show that Americans are in favor of second stimulus checks, said Natalie Foster, co-chair of the Economic Security Project, a proponent of so-called guaranteed income.

Moreover, multiple bills have been proposed in Congress to provide monthly income to Americans until the pandemic is over.

Critics argue that sending checks to Americans broadly does not target aid at those who are hurting most.

Foster said that’s the only way to get financial aid to Americans fast as unemployment benefits face many administrative hurdles and delays.

“Direct checks are the most effective, fastest way to support American families,” Foster said “In the last six months, we received one $1,200 payment, which is not enough.”

The first round of $1,200 payments reached 160 million people in two months, which is “impressive,” Foster said.

More from Personal Finance:
How many weeks of extra $300 unemployment benefits are coming?
These 9 million Americans haven’t received a stimulus check
Most evictions in the U.S. are now banned. What you need to know

Many Americans, particularly those who do not typically file taxes because they have low incomes, are still waiting for those first payments. The IRS is making efforts to get money to those people.

“If we were to do regular checks, the IRS would get even better at issuing them,” Foster said.

Whether that happens or not depends on Congress, which controls how money is distributed.

In the meantime, millions are still unemployed, while participation in food lines continue to grow around the country.

“People are hurting,” Hoagland said. “It’s just terrible that this all has to come down to politics.