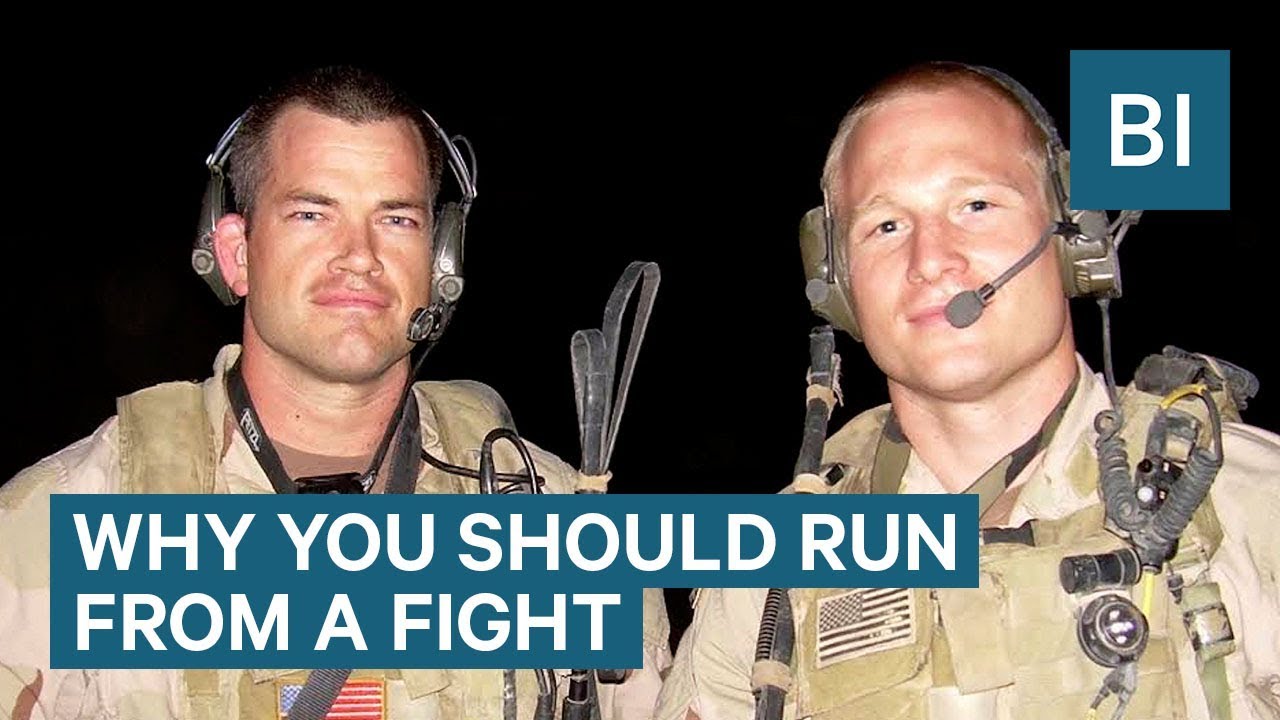 Now, some people might think: “Well, Jocko, I don’t want to run away if somebody wants to fight me. I want to fight them.” Well, let’s think about where that might end up for you. No. 1: You don’t know if this person has a weapon or not. What if they have a knife? What if they have a pistol? What if they’ve got three or four friends? And now you’re getting either shot, stabbed, mutilated, or otherwise maimed and killed. That’s not what you’re looking for on a Friday night as you’re walking down the street.

So it’s a lose-lose situation to get in a confrontation on the street. If you can break contact and get away, break contact and get away. That’s what you should learn self-defense for. Obviously, if someone is doing something that they’re attacking someone in your family and you have to step in to defend yourself, well, that’s why you continue training all the time — because that might happen, and you have to be prepared for that. Optimally, you get out of there: You break contact, you get away. If you have to stand and fight, you train yourself so that you’re able to do it.

Business Insider is the fastest growing business news site in the US. Our mission: to tell you all you need to know about the big world around you. The BI Video team focuses on technology, strategy and science with an emphasis on unique storytelling and data that appeals to the next generation of leaders – the digital generation.

For families with multiple generations under one roof, the pandemic has brought unique challenges
Bitcoin hit the $19,800 mark. What the IRS wants to know about your holdings
Working remotely from different states? You could face additional state taxes next year
Stocks making the biggest moves midday: Amazon, Tesla, AstraZeneca, Carnival & more
Shareholders challenge the companies they invest in to promote good in the world