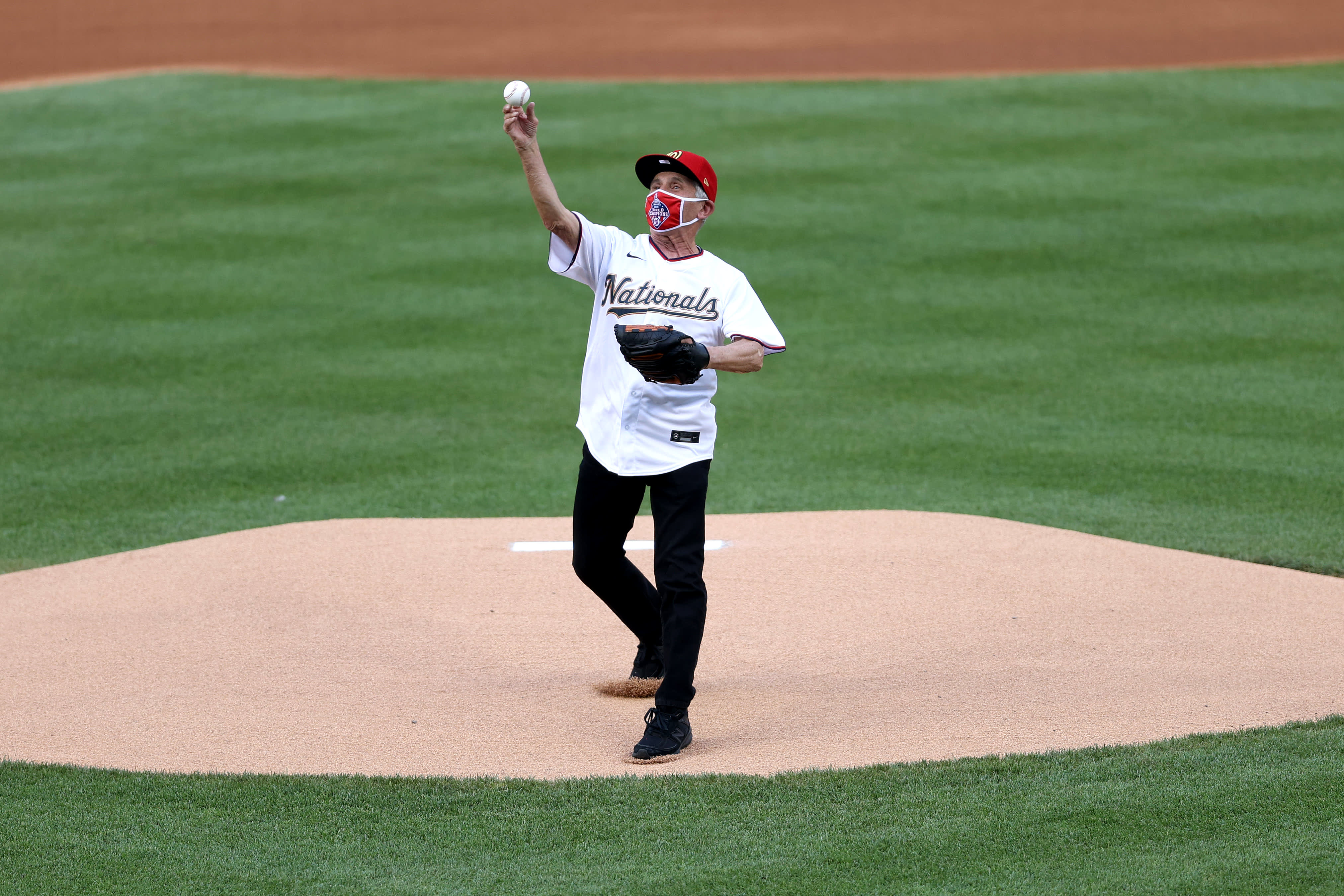 Throughout the Covid-19 crisis, White House coronavirus advisor Dr. Anthony Fauci has become a household name and the unofficial face of fighting the pandemic. And now he has his own trading card.

The president of the National Institute of Allergy and Infectious Diseases threw the first ceremonial pitch for Major League Baseball’s 2020 season on July 23. Fauci, 79, was announced as a “baseball superfan” and wore a Washington Nationals-themed face mask for the pitch.

Although Fauci’s threw a wild pitch (with no fans in the stands to witness it live), the memorabilia company Topps released a limited-edition Washington Nationals baseball trading card featuring his photo and a brief biography.

“That is a combination of humbling and really embarrassing,” Fauci, said about the sales record during ABC’s “Good Morning America” on Wednesday.

Now, hundreds of people are already reselling individual Fauci cards on eBay. The bids currently start as low as $1.99, but some sellers have set “buy now” prices as high as $9,995.00, hoping people will pay top-dollar or provide a counter-offer.

Of course, that doesn’t mean people will buy at that price. And many more sellers have the cards available to purchase immediately for $150 to $500.

Kenny Goldin, founder and CEO of Goldin Auctions, estimates that a single Fauci card is likely worth around $125 to $145.

Compared to other rare sports cards, this is small change, Goldin says.

For perspective, the most expensive baseball card ever sold at auction was a 1909-11 T206 Honus Wagner, a shortstop who played for the Louisville Colonels and the Pittsburgh Pirates from 1897 to 1917, which fetched $3.12 million. And in May, an autographed 2009 rookie card for Angels center fielder Mike Trout sold for $922,500.

It will likely take a little time for more of the Fauci cards to enter the market to get an accurate handle on what the resale value is, Joe Orlando, sports collectibles expert, president and CEO of Collectors Universe, says.

“The going rate for the card should settle into a consistent range once enough product has hit the resale market and that initial excitement dissipates,” he says.

Other non-athletes, from President Barack Obama to Prince Harry and Meghan Markle, have also had trading cards made in their likeness.

Of course, not everyone gets trading cards with the intention to resell for more money.

“For those of us who are living through the Covid-19 crisis today, it would be difficult to tell the story of this pandemic to future generations without mentioning one of its most prominent figures,” Orlando says. “The card commemorates this unforgettable period of our lives, a period that still seems surreal to a lot of people.”

If you’re interested in buying a Fauci card, Goldin suggests waiting two or three weeks for more cards to enter the resale market at a cheaper price.

“They made enough of them to go around,” he says.

Though MLB officially resumed games on July 23, the league postponed games Monday, after a Covid-19 outbreak on the Miami Marlins team and staff.

“I don’t believe they need to stop [playing], but we just need to follow this and see what happens with other teams on a day-by-day basis,” Fauci said in an interview on ABC’s “Good Morning America” on Tuesday.

Many are chasing the stock market by day trading in the pandemic. It could end badly
Bank trading floors could be poised for a makeover in the wake of Covid-19
Stimulus standoff: What could prompt Congress to send more financial aid to Americans
Carvana shares surge 30% after company projects record quarter
Many thought airfares would spike in the age of coronavirus. That’s not happening yet