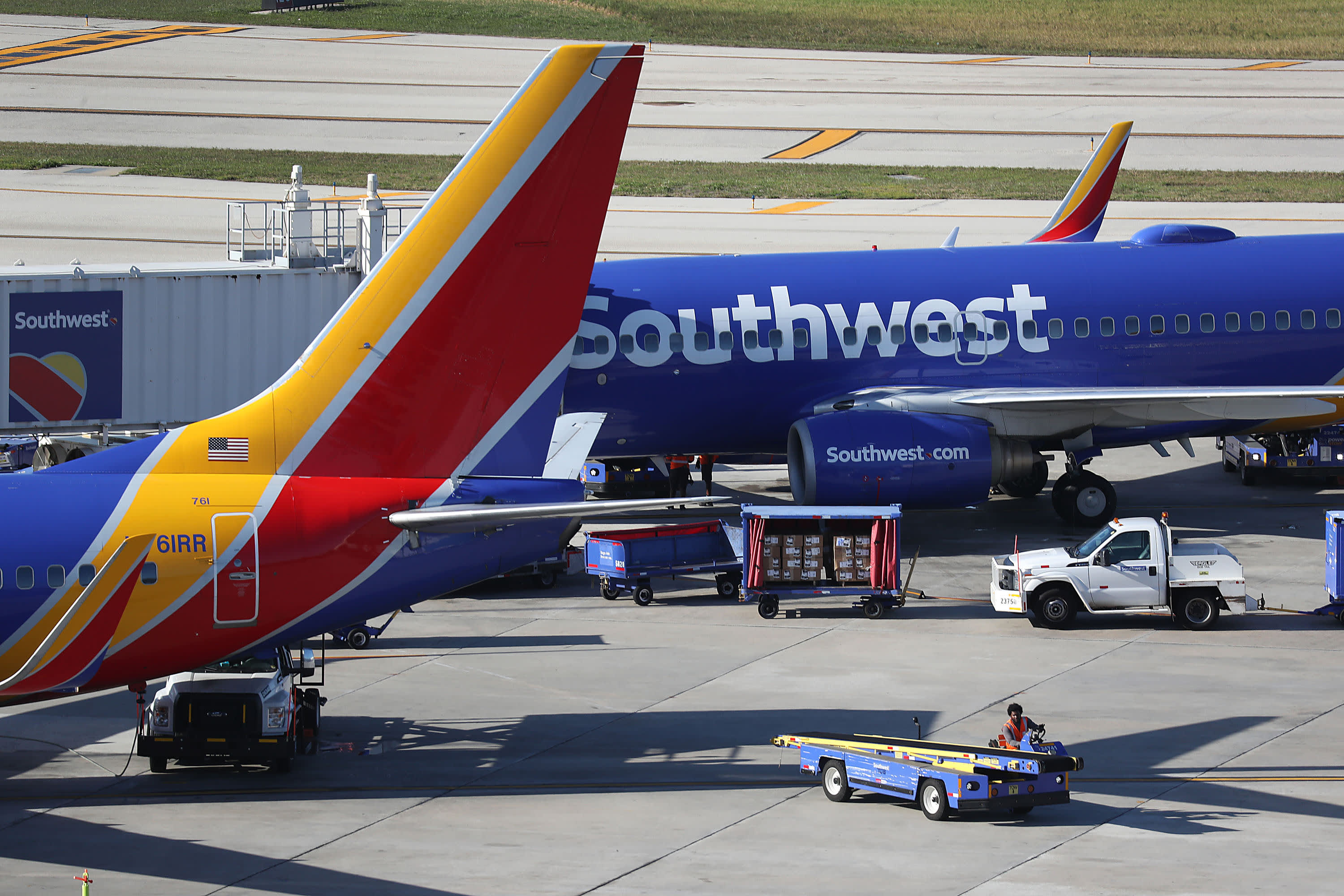 Southwest Airlines said Thursday it lost $915 million in the second quarter compared with $741 million in net income a year earlier and warned travel demand will likely remain depressed until there’s a vaccine or treatment for the coronavirus.

The airline said demand has softened in recent weeks, echoing comments from other airline executives who have said a spike in Covid-19 cases coupled with travel restrictions in states like New York have hurt ticket sales that began recovering in late spring.

Southwest estimated its third-quarter capacity to decrease between 20% and 30% over last year.

Revenue dropped nearly 83% to a little over a $1 billion from $5.9 billion last year, though sales in the quarter were higher than analysts’ estimates.

“We were encouraged by improvements in May and June leisure passenger traffic trends, compared with March and April; however, the improving trends in revenue and bookings have recently stalled in July with the rise in COVID-19 cases,” CEO Gary Kelly said in an earnings release. “We expect air travel demand to remain depressed until a vaccine or therapeutics are available to combat the infection and spread of COVID-19.”

Kelly said Southwest will “aggressively and frequently” adjust its flight schedule in “this volatile demand environment.”

Southwest posted a per-share loss of $2.67 on an adjusted basis, roughly in line with analysts’ forecasts.

The airline’s shares were up 0.5% in premarket trading.