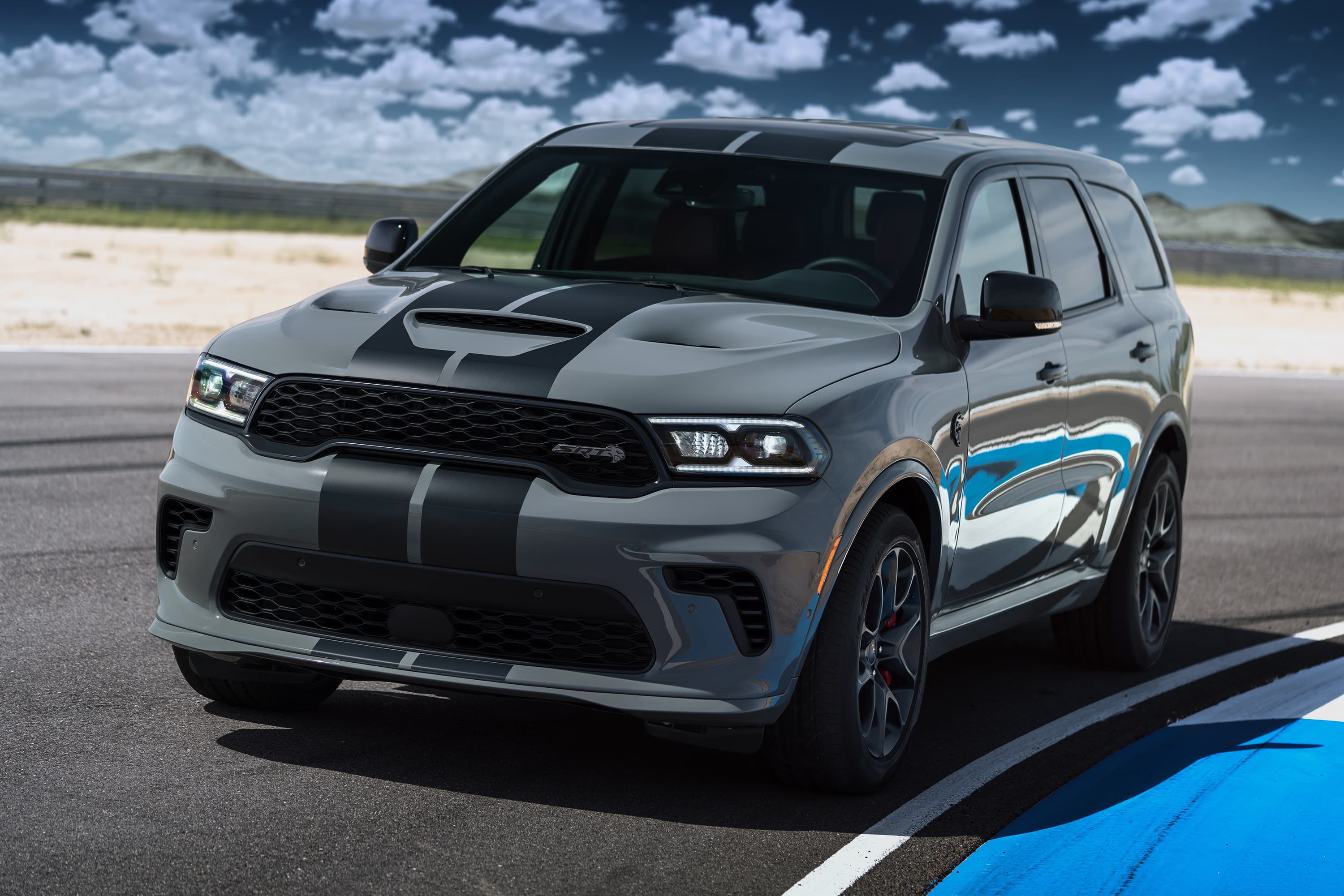 Fiat Chrysler is purifying its Dodge performance brand by increasing the offerings of its muscle cars and Durango SUV, while discontinuing a minivan and crossover for the 2021 model year.

The automaker unveiled Thursday a new “Hellcat SRT” model of the 2021 Durango SUV, which it is calling “the most powerful SUV ever.” The high-performance variant features a supercharged 6.2-liter Hemi Hellcat V8 engine that will deliver 710 horsepower and 645 pound-feet of torque.

“We are a full, distilled performance brand,” Tim Kuniskis, head of Fiat Chrysler’s passenger cars division in North America, told CNBC. “To do that, it was the perfect time to bring the most powerful versions of all of them. It just kind of made sense to do them all at the same time” with the discontinuation of the other models.

Production of the Dodge Journey crossover and Dodge Grand Caravan minivan will end later this year. The vehicles were expected to be discontinued years ago. The automaker kept producing them as sales remained relatively steady largely because of their lower costs compared with other competitors and similar vehicles offered by other Fiat Chrysler brands.

The automaker, according to Kuniskis, is expected to produce fewer than 2,000 of the 2021 Durango Hellcat models, which will go into production early next year. The high-performance SUV will only be offered one model year due to emissions regulations that begin the following year, he said.

The automaker currently offers Hellcat models for its Dodge Challenger and Charger cars. While such models represent a small amount of sales for the brand, they are viewed as “halo,” or “hype,” products that attract buyers to the overall brand. They have assisted Dodge in keeping relatively stable sales amid newer competitors and as consumer preference moves to crossovers.

”Our vision was very clear,” Kuniskis said regarding the new SUV. “Our goal was to deliver a Dodge: Big, bold and aggressive. A three-row, supercharged Hemi muscle car.”

Fiat Chrysler has sold more than 40,000 Hellcat vehicles since the nameplate debuted for the 2015 model year.

The new Hellcat model is part of an updated lineup for the 2021 Durango, which will begin arriving in showrooms this fall. Changes include exterior styling tweaks and significant upgrades to the interior, including a redesigned driver cockpit and available next-generation infotainment system with a 10.1-inch touch screen.

Fiat Chrysler also introduced Thursday new performance models of the Charger and Challenger for the 2021 model year, including a “Charger SRT Hellcat Redeye” model capable of nearly 800 horsepower and 0 to 60 mph in around 3.5 seconds.

Dodge SRT Hellcat fender badges flank each side of the 2021 Durango SRT Hellcat.

Wall Street’s top analysts are betting on stocks like GoDaddy and Carvana to beat the market
Michelle Obama says she’s suffering from ‘low-grade depression’ amid the pandemic
Disney shares rise after the company says it has 100 million streaming subscribers, plans to launch a new streaming service
The end of $600 unemployment boost and slim job prospects leaves many struggling to survive
Fintech funding in Asia failed to rebound in the second quarter, report says