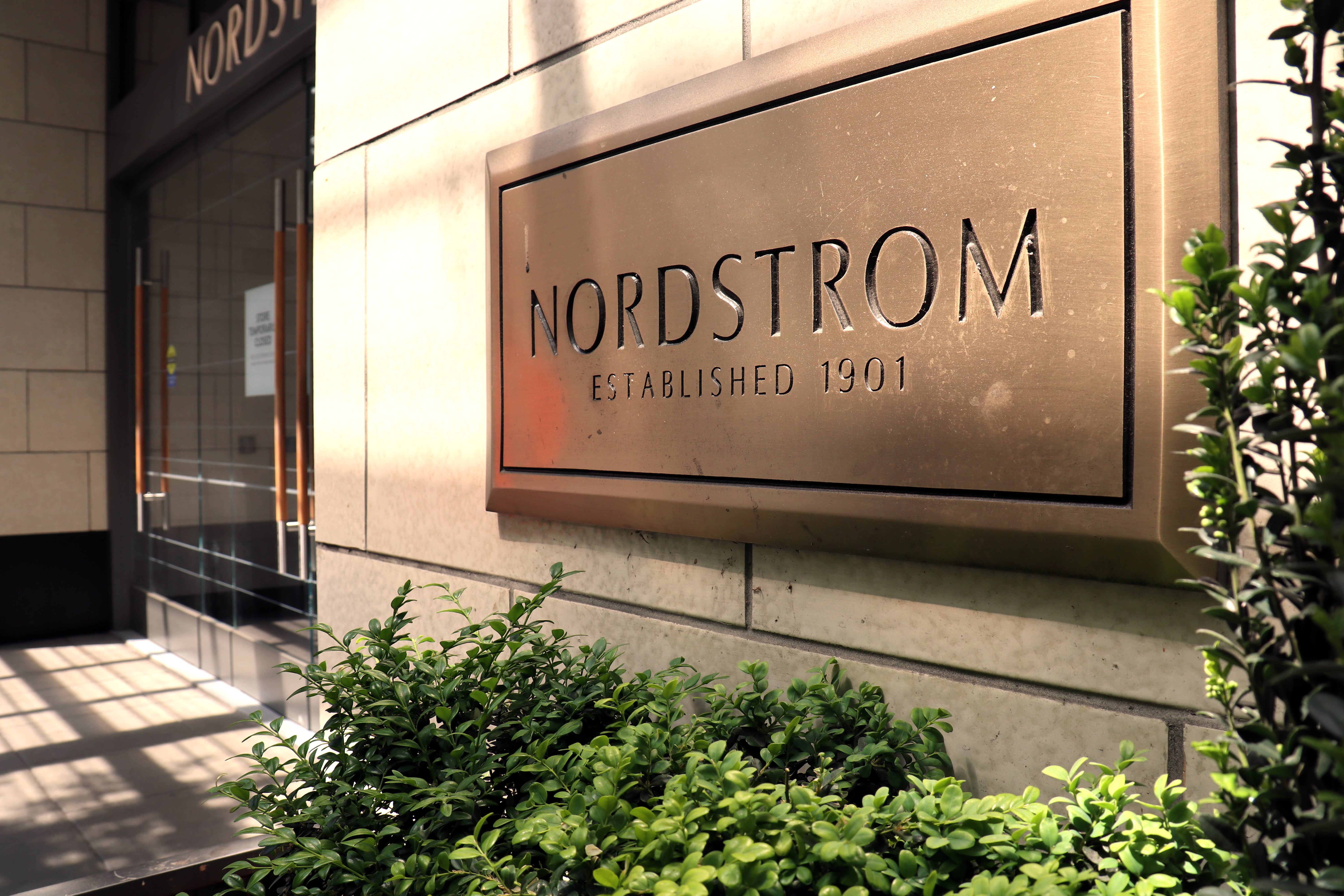 Nordstrom‘s net sales fell 40% during its fiscal first quarter, the company said Thursday, but the department store chain is confident it remains in a strong financial position to work through the coronavirus pandemic, unlike some of its struggling peers.

Department store operators Neiman Marcus, J.C. Penney and Stage Stores have all filed for bankruptcy protection during the crisis. Macy’s is selling $1.3 billion of new debt to raise additional liquidity. This group of retailers was already struggling prior to the pandemic, with fewer shoppers frequenting malls and apparel sales shrinking. Then Covid-19 hit.

Seattle-based Nordstrom said roughly 40% of its department stores are now back open for business, after being forced temporarily shut in March. It said it expects its full store base to be open again by the end of June, including is sprawling new flagship location in New York.

Its shares were recently up about 1% in after-hours trading. The stock had ended the day down nearly 8%.

“We’re entering the second quarter in a position of strength, adding to our confidence that we have sufficient liquidity to successfully execute our strategy in 2020 and over the longer term,” CEO Erik Nordstrom said in prepared remarks.

Here’s how Nordstrom did during its fiscal first quarter ended May 2:

Nordstrom said sales at its full-price department stores were down 36%, due to temporary store closures, and sales at its off-price Nordstrom Rack division were down 45%. Total company digital sales were up 5%, reaching $1.1 billion.

Analysts had been calling for the department store operator to report a loss of $1.07 per share on revenue of $2.42 billion, based on Refinitiv estimates. However, it is difficult to compare reported earnings to analyst estimates for Nordstrom’s first quarter, as the coronavirus pandemic continues to hit global economies with earnings impacts that are difficult to assess.

Meantime, despite the Covid-19 crisis, Nordstrom appears to have been taking great strides in working to clear out excess inventory. A problem that many retailers are now dealing with is stale merchandise sitting on shelves.

It ended the first quarter with a gross profit, as a percentage of net sales, of 11%, down from 34% a year ago. The company said inventories were down 26%, due to “aggressive actions to reduce receipts and clear excess inventory through increased marketing and promotional activities.”

“This favorable inventory position enables the company to bring in newness for customers beginning in June,” Nordstrom said.

CEO Erik Nordstrom further explained to analysts during an earnings call that the company can use its Nordstrom Rack locations and Rack website as an “exhaust” to sell full-price goods. “Our off-price stores are a huge part of our future,” he said.

The company has also pushed its deal-heavy Anniversary Sale that is normally held in July each year to August 19.

Earlier this month, Nordstrom announced it will be permanently closing 16 of its department stores, after assessing each state that it operates in and the hit it is taking because of the Covid-19 crisis. The company operates 116 full-line stores, absent its off-price Nordstrom Rack locations and Trunk Club business.

“Most of the impacted stores are [in] markets that have multiple full-line stores and are more than 20 years old,” CEO Erik Nordstrom told analysts Thursday.

Nordstrom ended the first quarter with roughly $1.4 billion in cash on hand, up from $850 million at the start of 2020.

The company is not providing a full-year outlook at this time.

Nordstrom shares as of Thursday’s market close are down more than 56% this year. It has a market cap of $2.8 billion.

Chesapeake Energy, a pioneer in the U.S. shale revolution, files for bankruptcy protection
Bobby Bonilla ‘took the Mets to the woodshed’ with his lucrative 25-year deal
Why Rolex Watches Are So Expensive | So Expensive
Stimulus checks, back-to-work bonuses, bigger jobless benefits? What the next relief bill might look like
IPOs in Hong Kong and Shanghai pop, despite pandemic, tensions with the U.S.