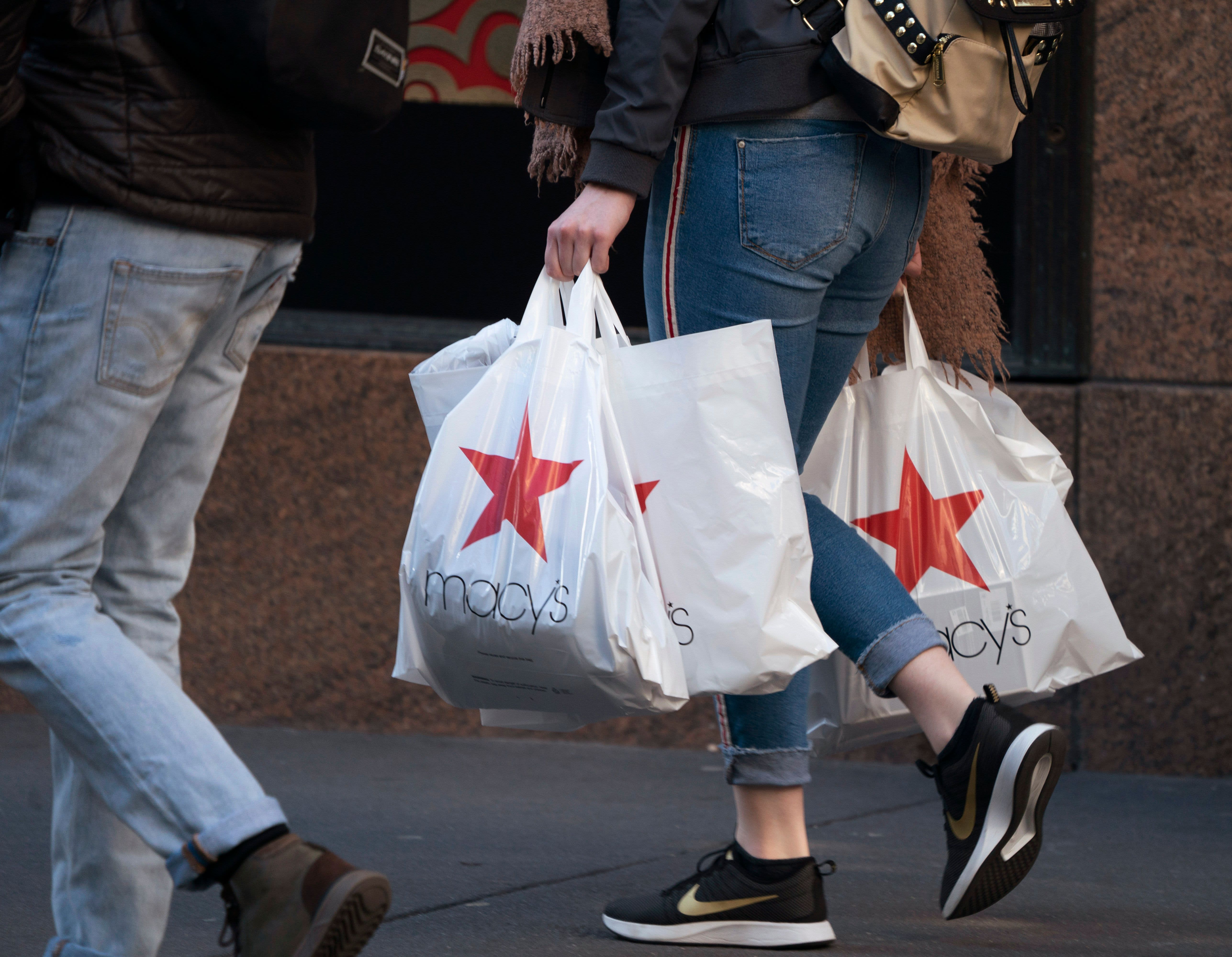 Macy’s reported fourth-quarter earnings on Tuesday that outpaced expectations, helped by a boost from last-minute shoppers who lifted sales in the days leading up to Christmas.

Shares climbed as much as 6% in premarket trading, before they dropped and opened flat.

“Taken as a whole, 2019 did not play out as we intended for Macy’s, Inc. However, we executed well during the Holiday 2019 season,” CEO and Chairman Jeff Gennette said in a statement.

Here’s what Macy’s reported for its fiscal fourth quarter compared with what analysts were expecting, based on Refinitiv data:

Sales fell to $8.34 billion from $8.46 billion a year earlier but were higher than the $8.32 billion analysts expected.

Same-store sales for the quarter declined 0.5%, on an owned plus licensed basis — a drop from 0.7% growth reported over the same quarter a year earlier.

The company reported holiday sales last month that didn’t decline as much, year-over-year, as investors expected. The company said same-store sales fell 0.6% at its owned and licensed stores during November and December.

“We were pleased with the significant trend improvement in the fourth quarter, including a meaningful sales uptick in the 10 shopping days before Christmas,” Gennette said.

Gennette said 2020 will be a transition year, and the company reiterated its annual profit forecast that it provided to analysts earlier this month. It is projecting full-year net sales of $23.6 billion to $23.9 billion and a drop in same-store sales on an owned plus licensed basis of 2.5% to 1.5%. Annual adjusted earnings per share are forecast by Macy’s to fall within a range of $2.45 to $2.65.

The coronavirus outbreak, which has infected more than 80,200 and killed at least 2,704 mostly in China, could have a “small impact on first quarter sales,” Gennette told investors on the company’s conference call. The company’s office in Hong Kong has reopened, Gennette said. He added that about 70 stores that have a large Asian customer base have seen a slight drop in sales.

“At this time, we have not factored in any potential negative impact from the coronavirus into our 2020 guidance,” he added.

Earlier this month, Macy’s announced a major restructuring, in which it plans to shut 125 stores over the next three years, cut 9% of its corporate workforce and close some offices in Cincinnati and San Francisco. Macy’s expects the moves to generate almost $1.5 billion in annual savings, which the company says will be fully realized by the end of fiscal 2022, and partially reinvested back into its growth initiatives.

As it closes those stores, the company told investors earlier this month, it plans to invest savings in opening more of its off-price Backstage locations, while it tests a new smaller-format shop called Market by Macy’s. The hope is to revitalize Macy’s stores by investing in popular ones and divesting from weak locations for the sake of “right-sizing costs and expanding gross margin.”

“We’ve shut about 40% of our total stores over the past five years,” he said Tuesday, adding that when it comes to locations that remain open, “We believe these malls are going to be vital destinations for generations to come.”

Macy’s also told investors at its Feb. 5 investors day that it is on track for its private brands to make up 25% of sales by 2025.

“We have a clear perspective of where Macy’s, Inc. and our brands — Macy’s, Bloomingdale’s, and Bluemercury — fit into American retail today,” Gennette said. “We know 2020 will be a transition year as we make significant structural changes to the business.”

Macy’s has been trying to win back customers, as shoppers head to the mall less frequently and shop more online. The department store chain has been refreshing its interiors and focusing on improving its product assortment. It also has been experimenting with new store formats such as Backstage, which aims to compete with off-price retailers like T.J. Maxx.

Last quarter, Macy’s reported its first same-store sales decline in two years, casting blame on warmer weather and weak traffic at some malls. Those results led the chain to slash its full-year outlook and sent the stock down about 3%.

Correction: Macy’s lowered its fiscal 2019 forecast in November. In January, the company reported holiday sales that declined less than anticipated. A previous version of this story misstated the timing of the lower forecast.

There’s a lot of anxiety as small businesses worry the loan money will run out
Oil drops 9% following a record surge last week, as OPEC meeting on a production cut is delayed
Bank of America says 85,000 small businesses have asked for $22.2 billion in loans since 9 a.m.
Disney to furlough non-union park employees in the US starting April 19
Stock futures positive as market tries to rebound from second quarter’s rocky start