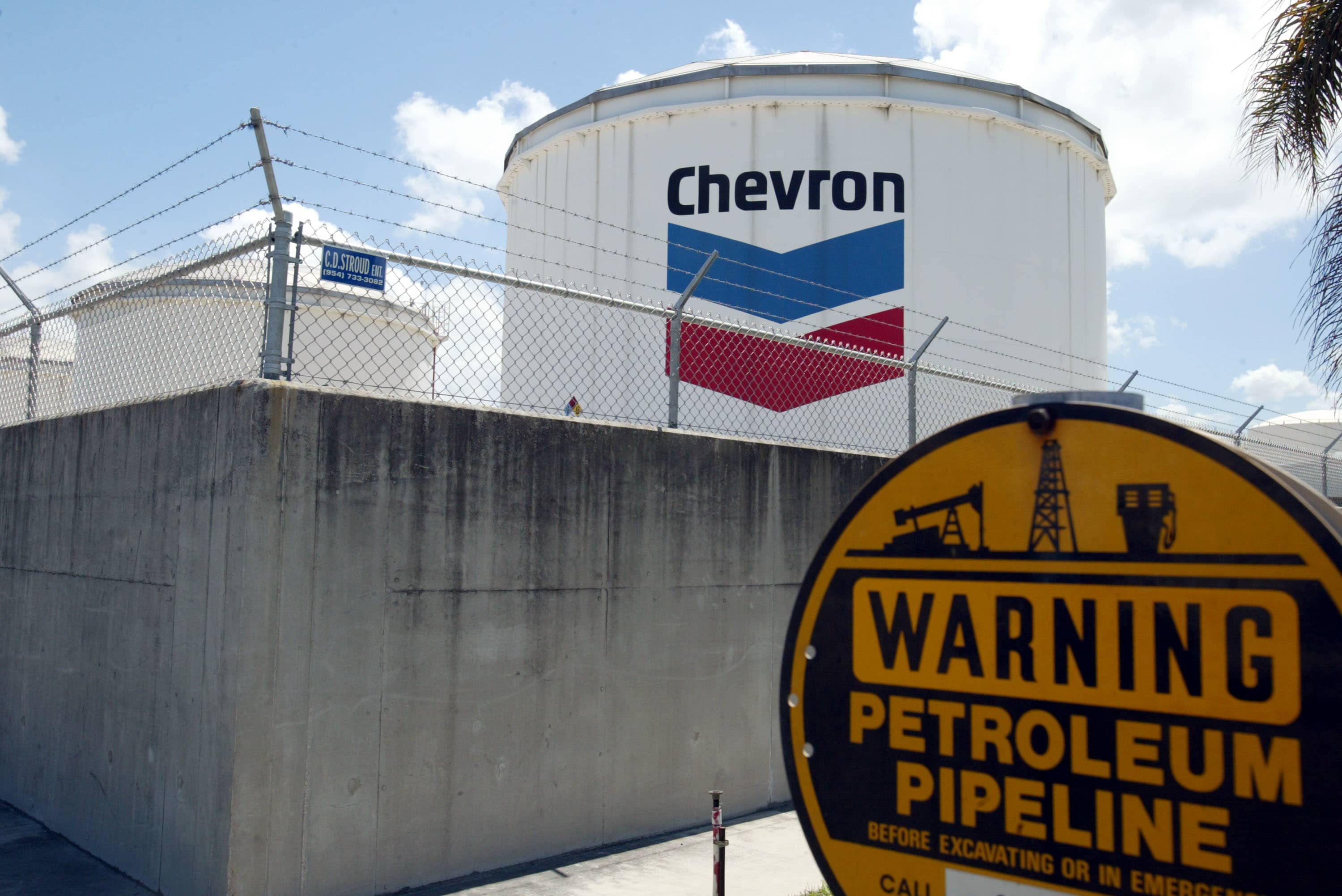 Chevron posted a $6.6 billion loss in the fourth quarter due to $10.4 billion worth of write-offs related to the company’s shale gas production sites in Appalachia and deep-water projects in the Gulf of Mexico. In December, the company warned that this charge would be between $10 billion and $11 billion.

Shares slid more than 3% on Friday as the company reported $36.35 billion in revenue for the period, which missed analyst expectations and was down 14% year-over-year, hurt by weakness in the company’s upstream division.

Here’s how the energy giant’s results fared on an adjusted basis relative to Wall Street expectations:

The company’s upstream operations in the U.S. lost $7.5 billion in the quarter, down from earnings of $964 million a year earlier. The was primarily due to the $8.2 billion write-off related to the company’s Appalachia and Gulf of Mexico operations, as well as lower crude and natural gas prices.

Chevron said that the average sales price per barrel of oil and natural gas liquids was $47, a 16% decrease from 2018.

“Cash flow from operations remained strong in 2019, allowing the company to deliver on all our financial priorities,”
said Michael Wirth, Chevron’s chairman of the board and chief executive officer. “We paid $9 billion in dividends, repurchased $4 billion of shares, funded our capital program and successfully captured several inorganic investment opportunities, all while reducing debt by more than $7 billion. Earlier this week, we announced a quarterly dividend increase of $0.10 per share, reinforcing our commitment to growing shareholder returns.”

In the same quarter a year earlier the company reported EPS of $1.95 and revenue of $42.35 billion. Last quarter the company earned $1.36 per share, and brought in $36.12 billion in revenue